In Italy the old hayrick (barco) was popular in the mountains in some regions . And as in Holland they have mostly disappeared and sometimes they have been replaced bij iron ricks. But in contrast tot the Dutch ricks these metallic barci have frail poles and the roof connects to cables in a typical construction. Northeast of Genua in the Ligurië , Val d Áveto (Santo Styefano) and Val Sturia there were till not long ago the old "barchi" . Nowadays a few have survived. In the Val di Cad 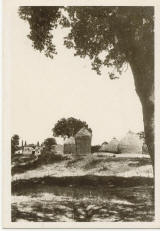 This remarkable image from Remedello, Italy, during the time of Mussolini, shows a tall silo, ingeniously designed to employ as many well-dressed workers as possible. 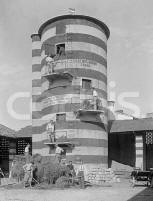 Rather than use an elevator, the hay is lifted by fork up through a series of platforms to the top window

Thanks to Alan Ritch: 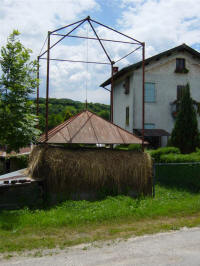 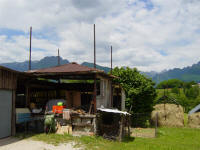 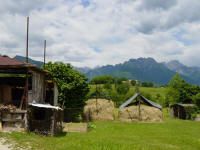 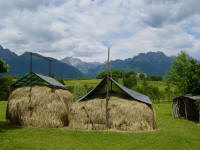 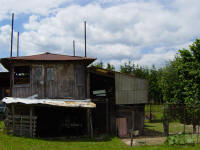 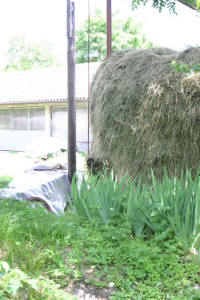 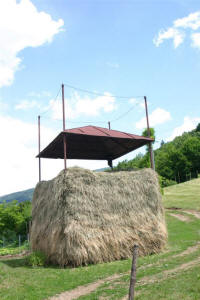 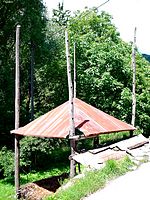 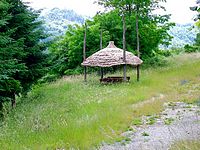 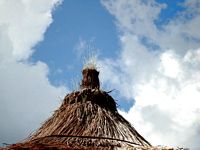