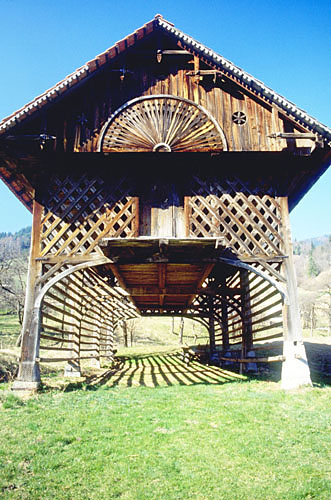 continuous additions and adjustments in order to satisfy the needs of the Slovene farmers throughout the centuries. The single hayrack, used for the drying of hay and corn, was expanded into a double, fully roofed structure which provided shelter for farm implements. Unlike the single hayrack which used to be built in meadows, the double hayrack was usually erected next to the farmhouse. Later on, the double hayrack was added another storey, i.e. a loft under the roof which was used for the storing of corn, small farm implements and other things for which there was no room in the house.

The double hayrack is gradually being supplanted by new methods of farming and new building techniques and is most likely headed for total extinction. Nowadays, double hayracks can already be found in a very limited number in Koroško, Dolenjsko, the Sava Valley and in some places of Gorenjsko, which is their natural "habitat". 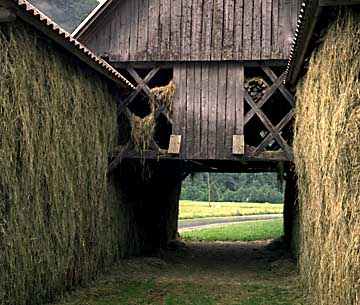 It this very reason that makes a model double hayrack, crafted in correct proportions, so much more valuable. If it is bound for extinction in its natural environment, let it adorn your bookshelf as a faithful copy of this characteristic piece of Slovene farm architecture. 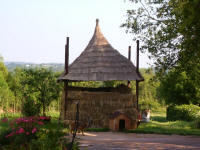 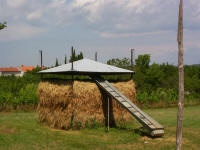 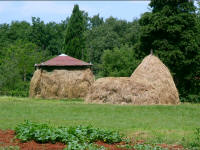 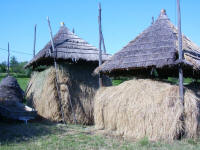 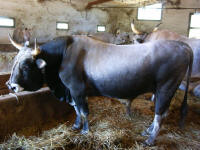 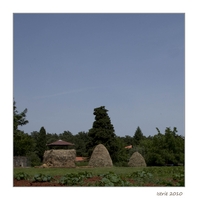 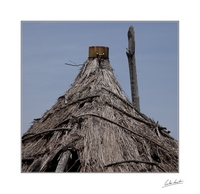 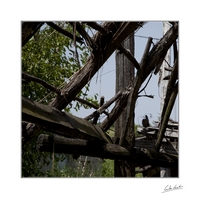 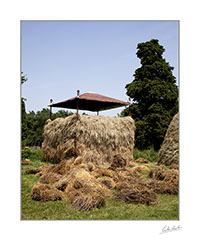 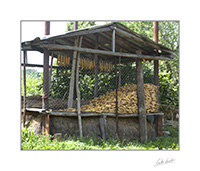 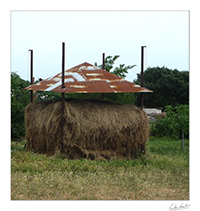 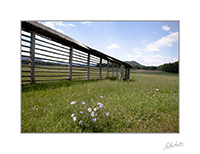